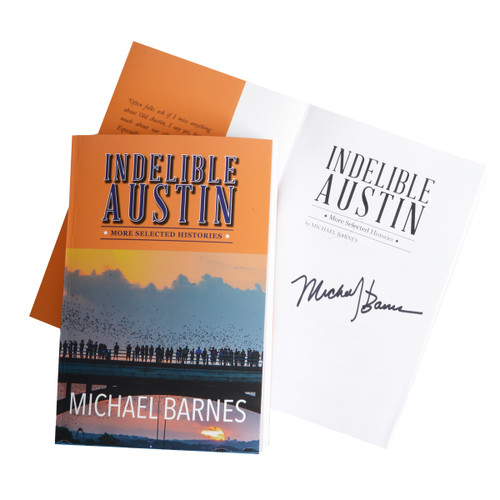 Indelible Austin: Selected Histories collects several dozen historical columns written by Michael Barnes and originally published by the Austin American-Statesman. The notion of publishing a book grew out of frequent reader requests for a collected version of these stories which have not been covered in standard histories of Austin. The columns connect Old Austin with New Austin and almost always bring the historical record into the present. Themes include the natural settings, built environments, older neighborhoods, ancestral families, park gems, the meeting of politics, cultures and charity, as well as interpretations of how Old and New Austin relate.

This product hasn't received any reviews yet. Be the first to review this product!